Psoriatic arthritis (PsA) is an autoimmune disease that includes both psoriasis and a related form of arthritis. It is a form of inflammatory arthritis that causes pain, swelling and sometimes damage to any joint in the body.

Psoriatic arthritis occurs mostly in people who are suffering from psoriasis, a chronic skin disease characterized by scaly, reddish skin rashes on the elbows, knees and scalp.

A healthy immune system acts as natural defense, releasing antibodies against injury and disease, but in autoimmune diseases such as psoriatic arthritis, the body turns against its own tissues by releasing white blood cells and causing inflammation of the synovium.The synovium lines the joint capsule and produces synovial fluid for lubrication and smooth motion of the joints.

This inflammation thickens the synovium lining resulting in turgid, swollen joints. Over time the synovium invades cartilage, the covering at the end of bones in a joint, and this erosion causes the rubbing of bone on bone in a joint (Osteoarthritis). The inflammatory response weakens the joints and its surrounding structures such as muscles, ligaments and tendons occurs.

Based on the location of the affected body joints and their specific symptoms, psoriatic arthritis is divided in five classes as:

PsA occurs equally in both sexes at any time, but the peak age of onset is between 30 and 55 years.

Many symptoms of PsA are common with other form of arthritis, which makes the disease difficult to diagnose. The most common symptoms are:

The diagnosis of PsA is a difficult and time-consuming process because most of its symptoms mimic other forms of arthritis such as rheumatoid arthritis, osteoarthritis, and gout. The diagnostic process starts with a physical examination by a rheumatologist, a type of doctor specialist in arthritis and musculoskeletal diseases. Physical examination includes looking for swelling and inflammation of the joints, signs of psoriasis on skin or changes in the fingernails and toenails.

For detecting changes of the bones or joints, X-rays are ordered and certain blood tests are also included for examining factors such as C-reactive protein and rheumatoid factor, indicators of inflammation.
In some cases, joint fluid is also examined for detail analysis.

There is no cure for psoriatic arthritis and the objective of treatment is to reduce pain and swelling of the joints, prevent joint damage, preserve joint function and control psoriasis of the skin.

Different classes of medications are available for managing symptoms of PsA such as NSAIDs and corticosteroids for reducing pain and swelling. Other classes such as disease-modifying anti-rheumatic drugs (DMARDs) and biological response modifiers are also frequently prescribed.

Participating in regular exercise is the best way to treat joint stiffness and promote muscle strength. Getting adequate rest also helps in reducing tiredness due to PsA. Applying heat or ice packs on joints can also help in reducing pain and swelling. Splints may also be recommended to support joints and reduce inflammation. 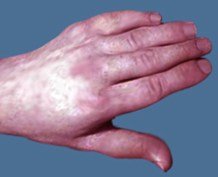 Our practice will remain open as usual during the Covid-19 pandemic.

Please be assured that we are CovidSafe compliant and all our locations have a QR code, which you are required to check-in upon arrival.